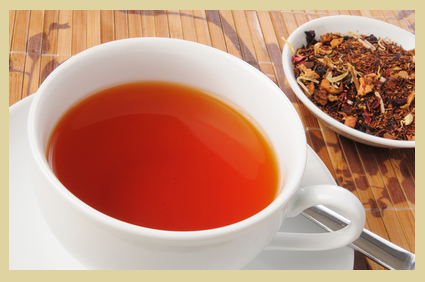 Rooibos is becoming more popular in Western countries, particularly among health-conscious consumers, due to its high level of antioxidants such as aspalathin and nothofagin, its lack of caffeine, and its low tannin levels compared to fully oxidized black tea or unoxidized green tea leaves. Rooibos also contains a number of phenolic compounds, including flavanols, flavones, flavanones, and dihydrochalcones. Rooibos is purported to assist with nervous tension, allergies and digestive problems. Rooibos tea has been shown to inhibit in vitro activity of xanthine oxidase, yet an in vivo study has not been conducted. Xanthine oxidase (XO) plays a role in conversion of purine to uric acid in humans and reducing the activity of XO could limit uric acid production, which would aid in treatment of gout. In in vitro tests only, for the specific concentration tested, the infusion was shown to be less than half as effective as allopurinol, which is the drug typically prescribed to inhibit XO activity in treating gout. Two flavonoids found in rooibos, quercetin and luteolin, have been known to have cancer fighting qualities.Traditional medicinal uses of rooibos in South Africa include alleviating infantile colic, allergies, asthma and dermatological problems.